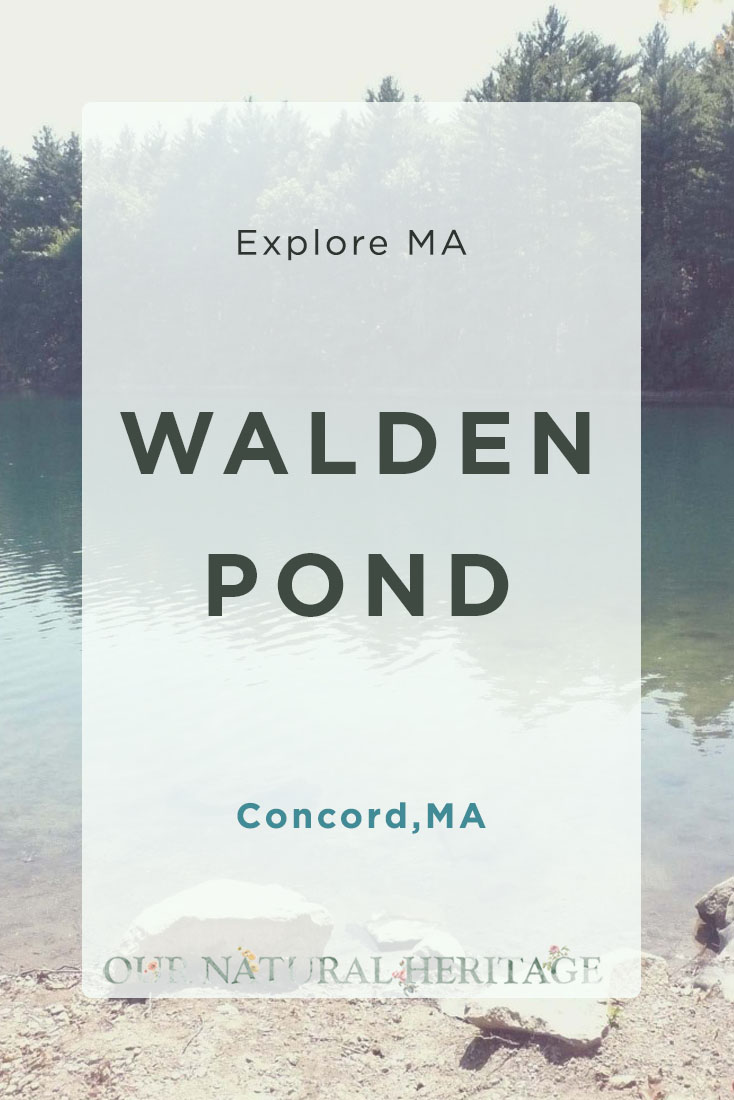 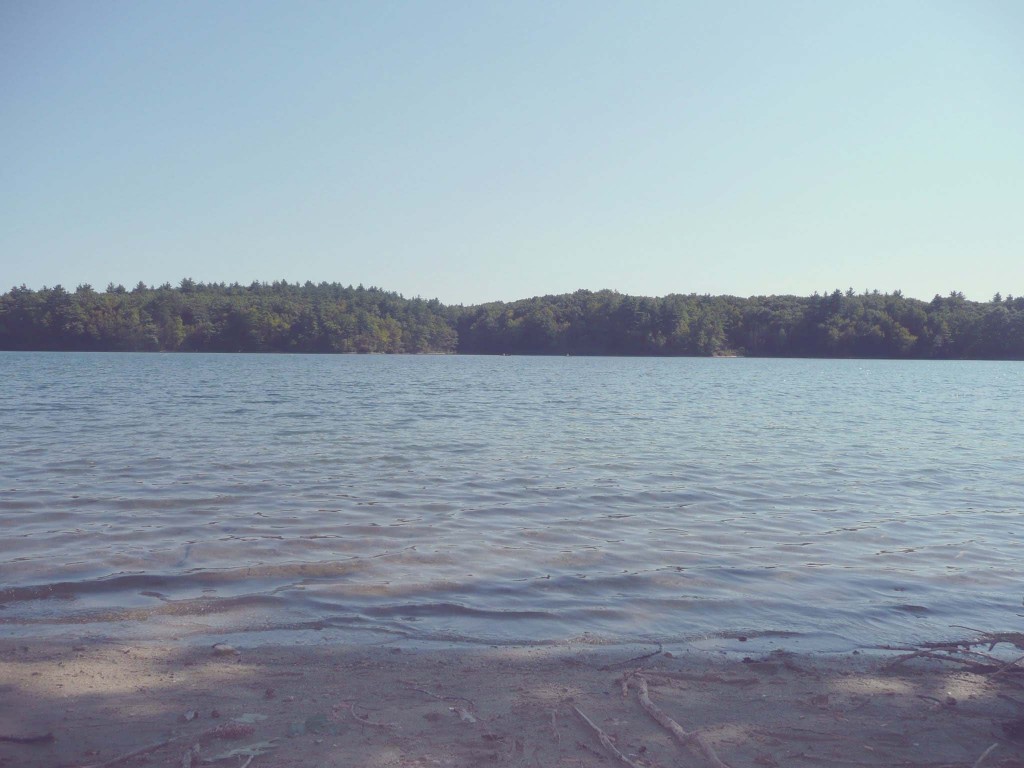 Walden Pond is located in the Walden Pond State Reservation in Concord, MA.  As the site of Henry David Thoreau’s great “experiment” of living simply, it is a well-preserved and very peaceful historical property. The Massachusetts Department of Conservation has done a spectacular job of maintaining and preserving the unique character of this place,  while also making it accessible to the more modern visitor.   Thoreau’s one room cabin was dismantled over a century ago, but the cabin site is marked, and a replica was built near the park’s Visitor Center.   Walden Pond is actually a kettle-hole lake that was formed 15,000 years ago by the melting of a large block of ice.  I was stunned by how clear and clean the water was. No rivers or streams feed into or leave the lake, but an underground freshwater aquifer  replenishes the water, which may explain why it is so clear.  There are several trails around the lake, and a large and sandy public beach right off the road.  As we hiked the trail that circles the pond to scout out a more private swimming location, we saw many people relaxing on the shore with a book or a picnic. You could tell it is a beloved local spot.

Though Walden Pond is very near to civilization, all we could hear while swimming were birds, a light breeze, and the occasional snippets of conversation that floated by from others who were walking the trails.  The Massachusetts Department of Conservation and Recreation stocks the pond with trout and if you stand still in the water long enough, the young fish will gather around you and nibble at your toes. 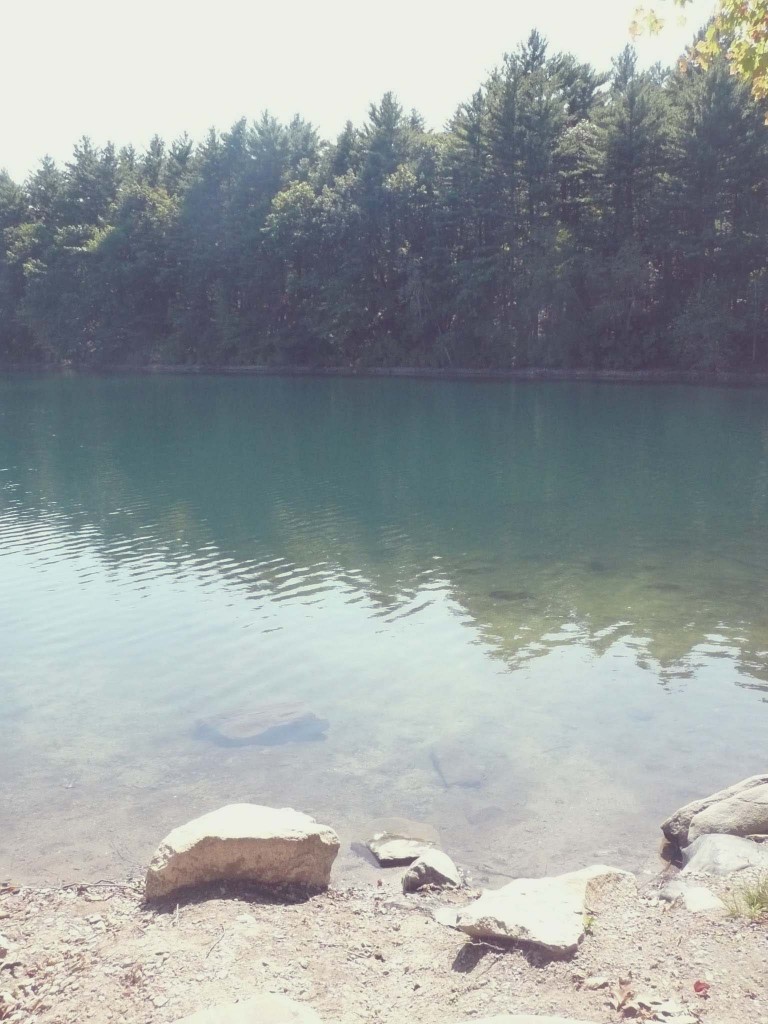 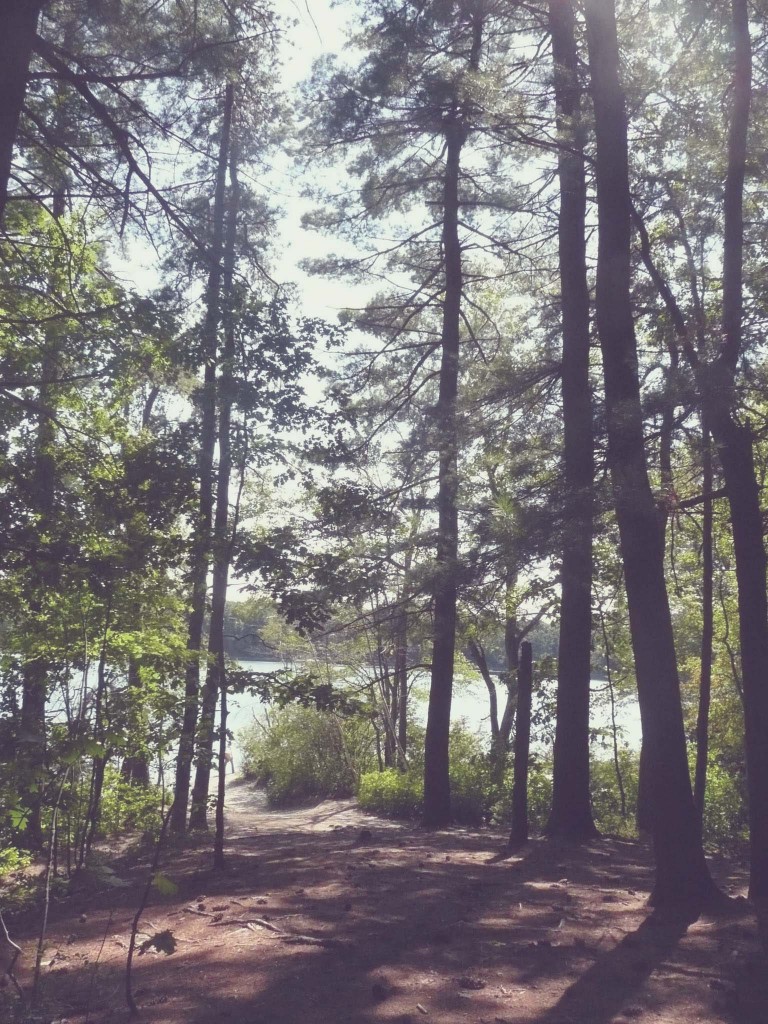 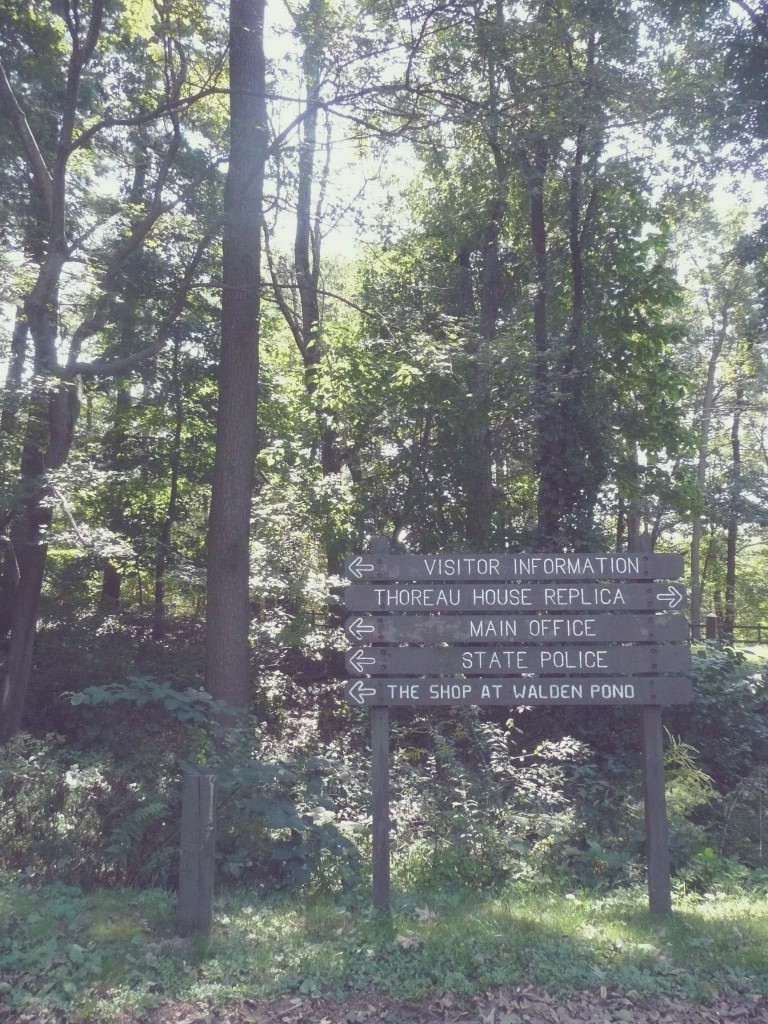 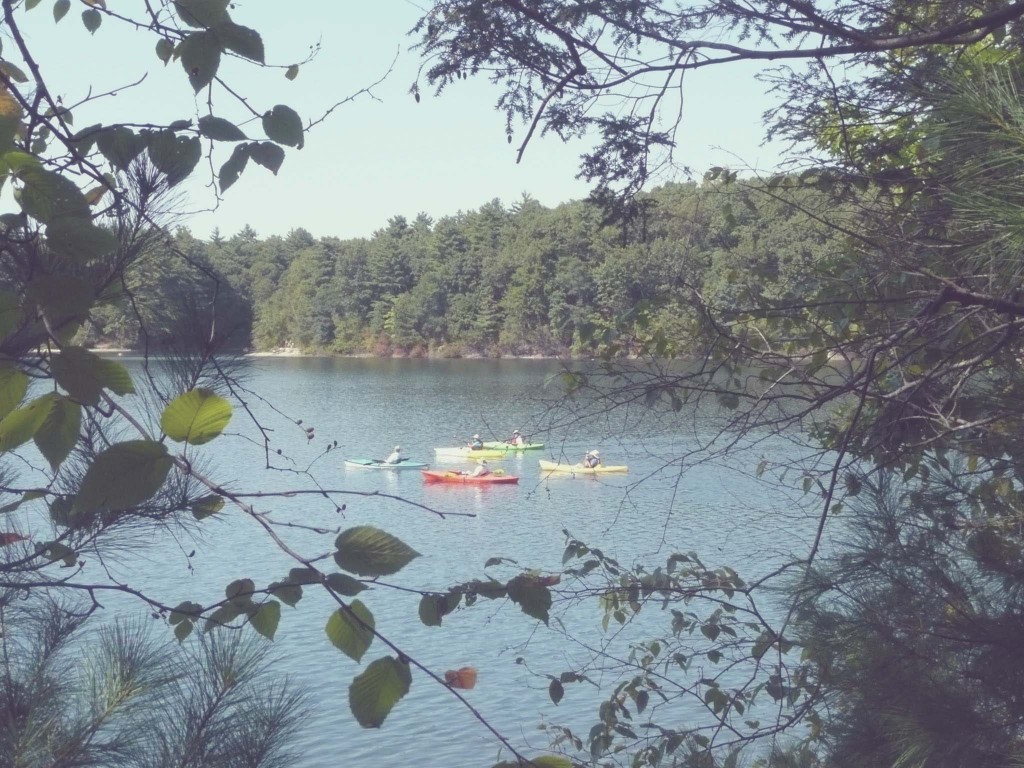 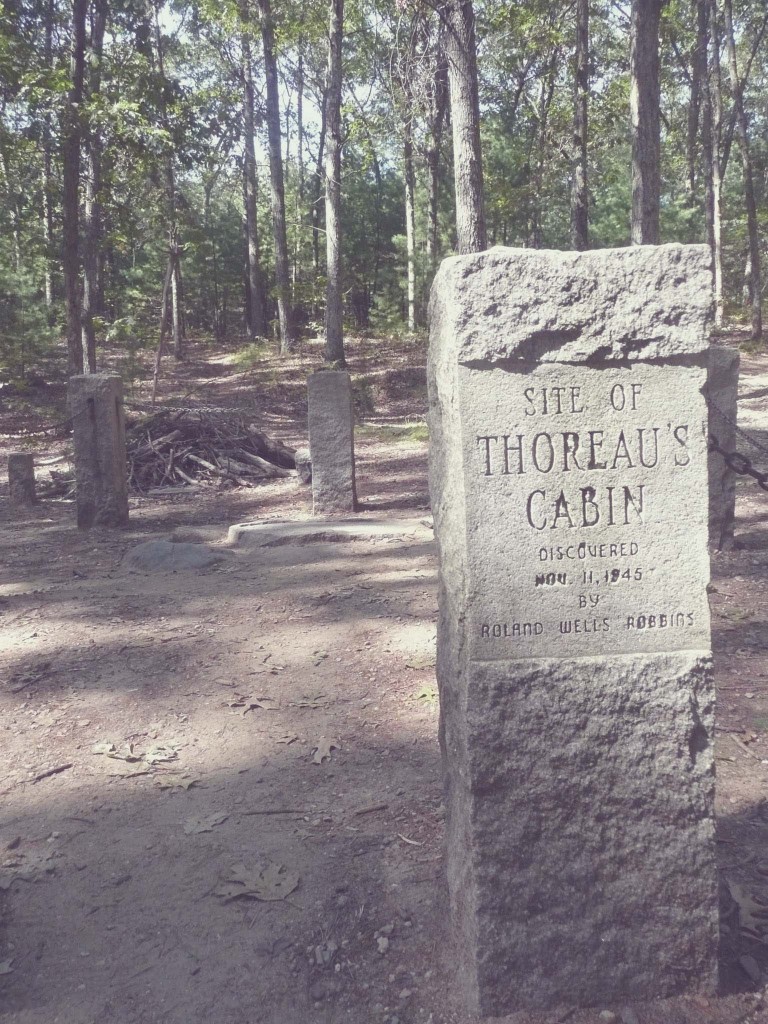 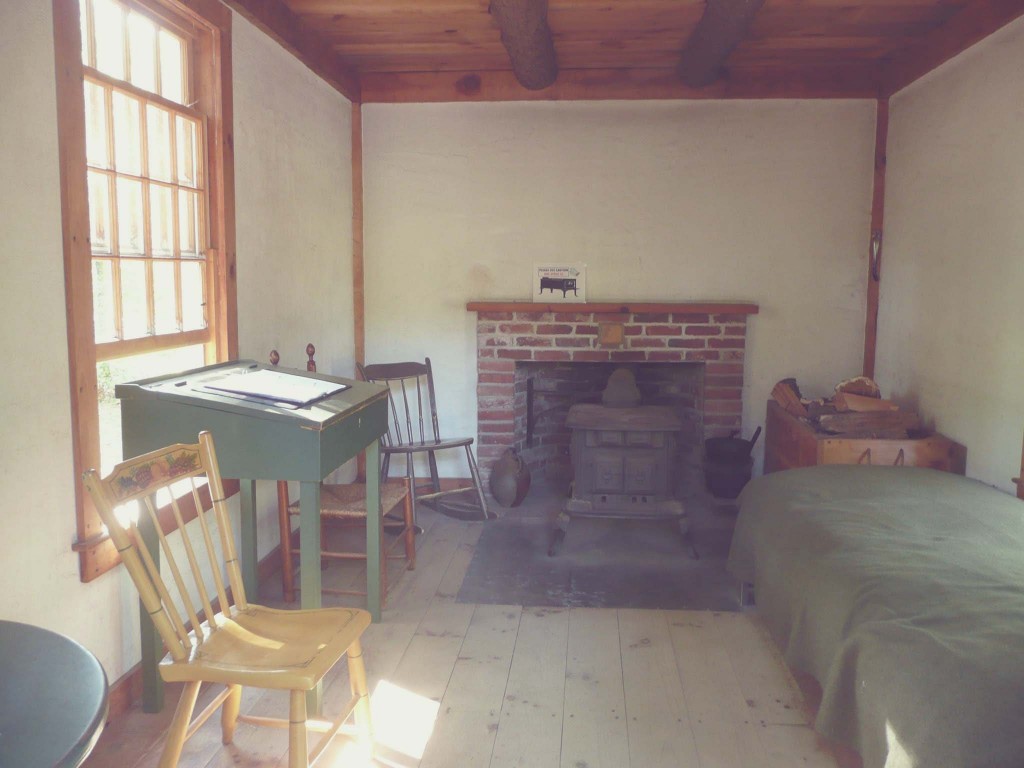