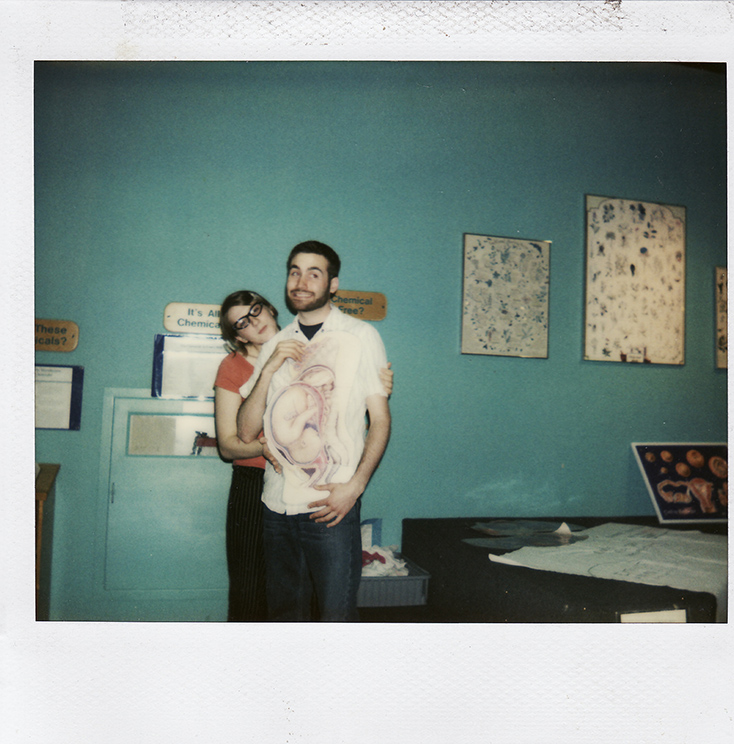 Jeff and I are so thrilled to announce that we are expecting a baby girl at the end of May.

In that photo above, we were just two weirdo college kids messing around at the Boston Museum of Science. We had no idea that our path to getting pregnant would involve struggling for over three years with infertility and eventually needing the miracle technology of In Vitro Fertilization (IVF) to conceive.

It was the hardest thing I’ve ever faced and to be honest, what we experienced was just the tip of the iceberg compared to what so many women and their partners endure to build their families. I never planned to talk more about this, but then I realized if it weren’t for the brave online writers who posted about their own experiences with infertility, I would have felt much more alone and it would have taken me longer to get the help I needed. So I plan to write at least one more post very soon about what we went through and the things I found to help.

While I won’t blog about my pregnancy specifically, I am so excited to finally (finally!) be able to talk more about things like family nature adventures and eco-friendly baby items. It’s not that I think people who don’t have children can’t talk about that stuff, it’s just that I am known for getting ahead of myself and then being devastated when things don’t work out. I was afraid of (and I think a bit superstitious about) covering those topics before, though I so wanted to.

I am very much looking forward to introducing our newest explorer when she arrives in late May/early June!