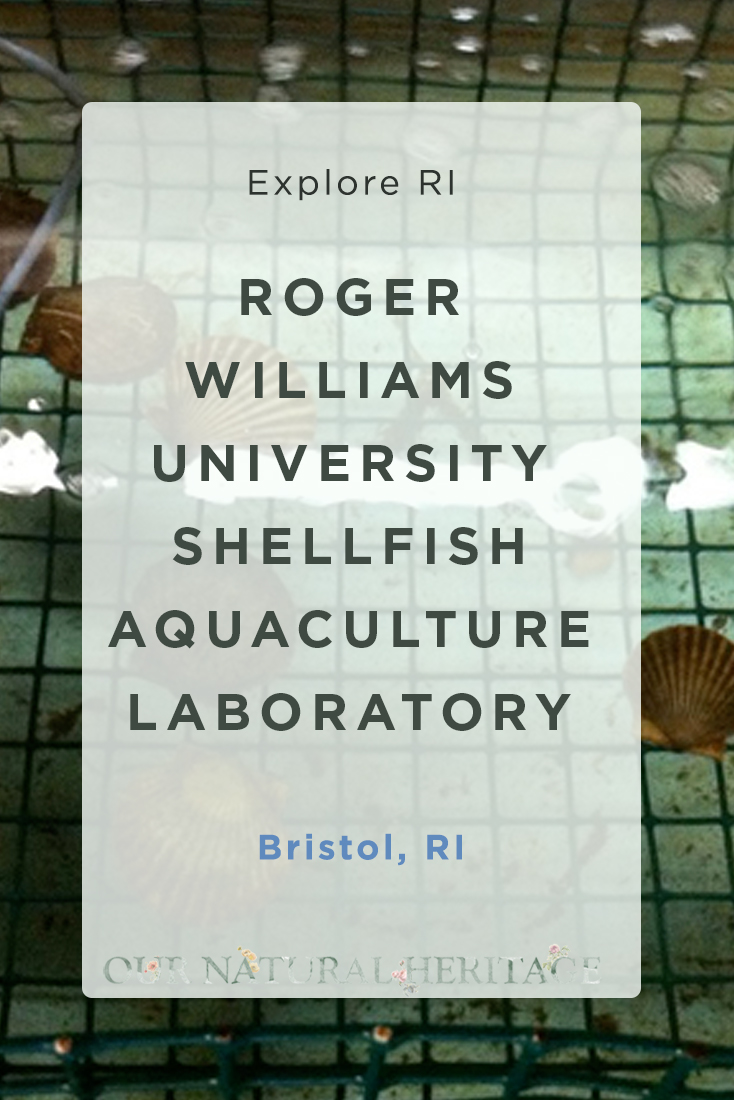 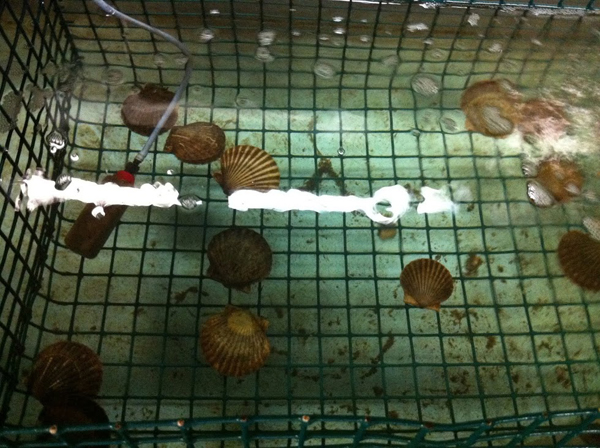 The Bristol Land Conservation Trust  held an event at the Roger Williams University Center for Economic and Environmental Development (CEED) to learn about the Center’s efforts to restore local shellfish populations. Even though I drive by Roger Williams every day, I had never visited the campus and was so impressed with the work being done by the staff of the CEED.

One of the main projects of the CEED is to run a shellfish (quahog, oyster, and scallop) hatchery for research and restoration efforts. It is currently the only shellfish hatchery in the state of Rhode Island. Our local oyster population is not doing so well-mostly because of disease, but also due to overfishing and pollution in Narragansett Bay. The hatchery raises oysters from tiny spats, then plants them in protected areas around the Bay and monitors the population. They also work with about 100 waterfront property owners to raise oysters off of their private docks, a program they call “oyster gardening.” 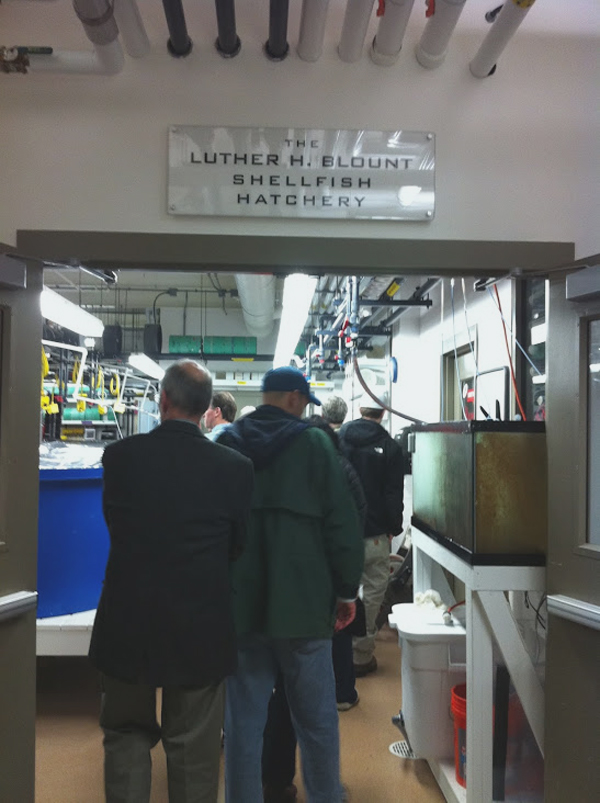 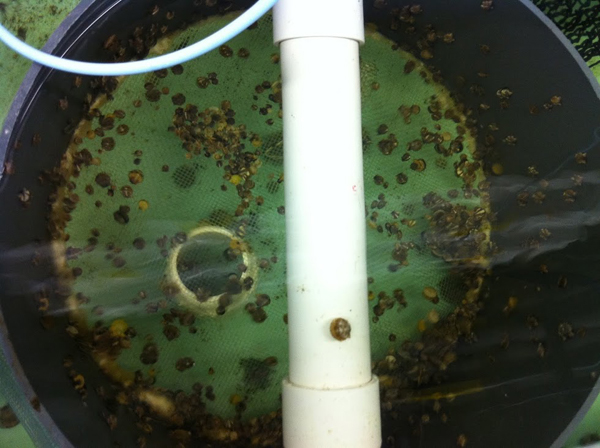 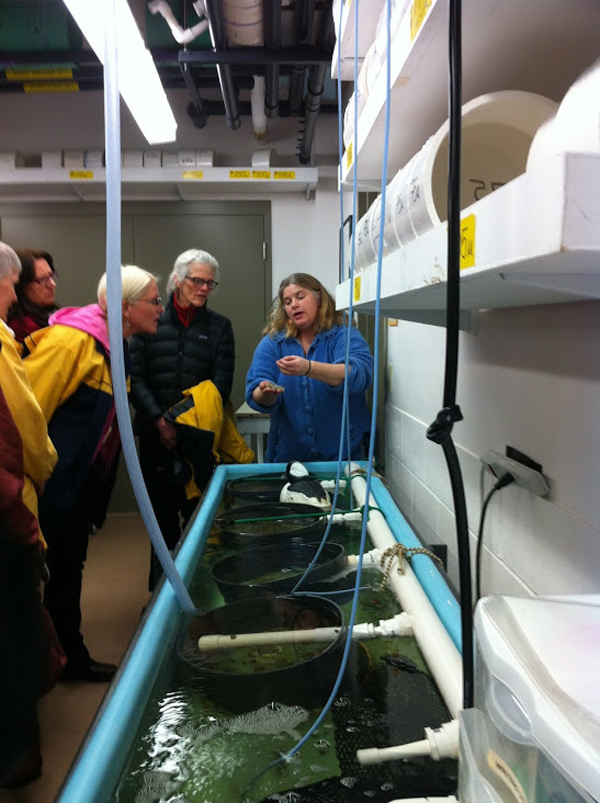 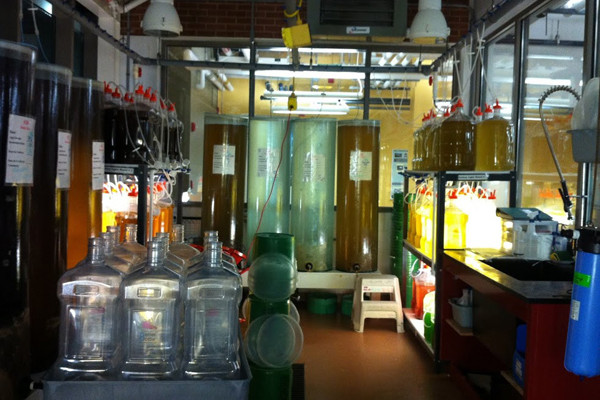 {a delicious algae buffet, cultivated to feed the shellfish} 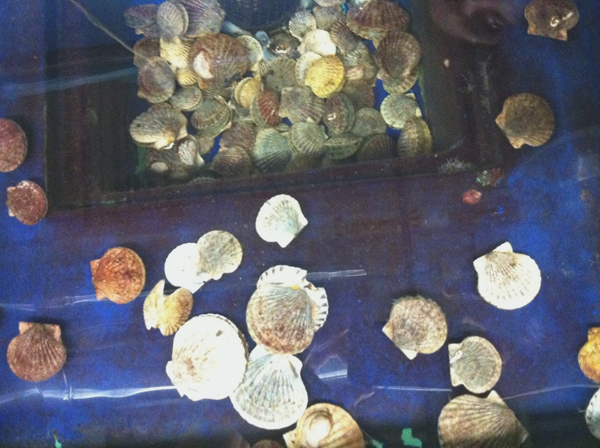 Another exciting project run by the CEED, is the Marine Ornamentals Program. The facility experiments with growing exotic marine species often used in aquariums. These species are often collected from wild coral reefs using destructive practices such as cyanide  or dynamite fishing which can harm tropical marine ecosystems and the communities that depend on them. By raising these species in a lab, it reduces the demand for fish (some of which are endangered species) collected through these practices. In our lab tour, we saw several interesting marine species, some of which have not yet been grown successfully in any other labs. 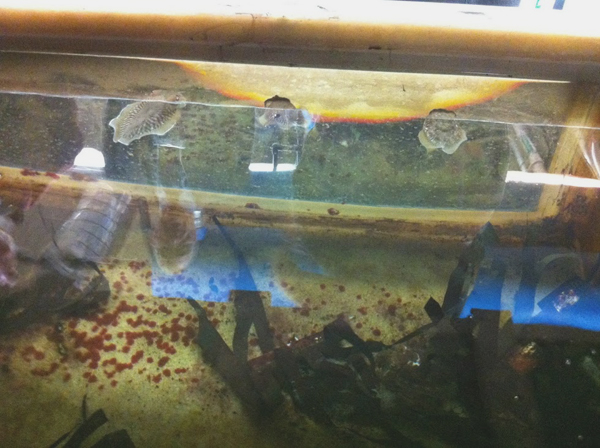 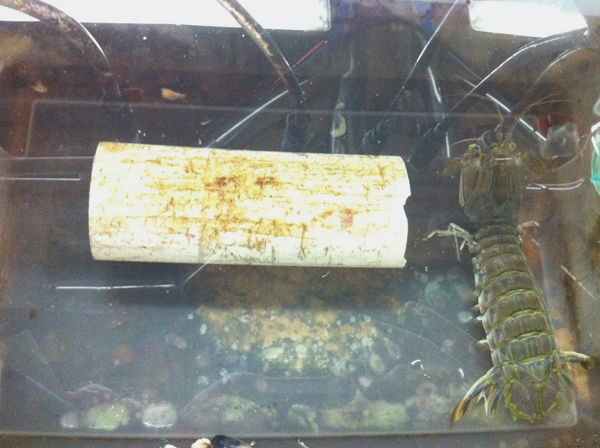 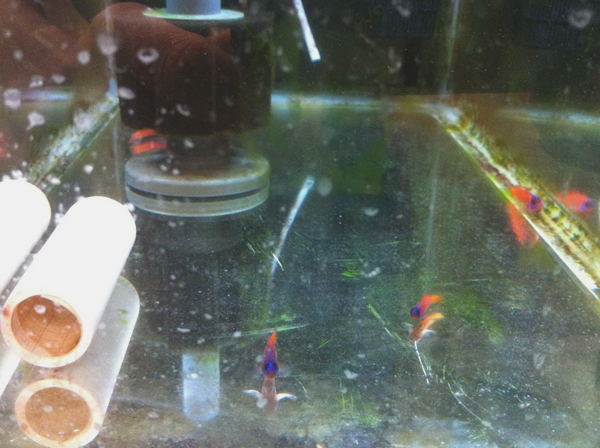 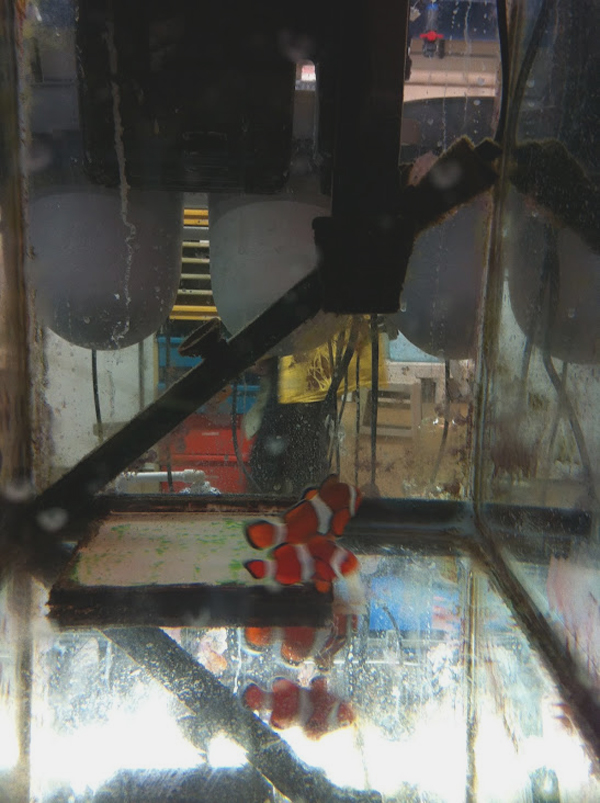