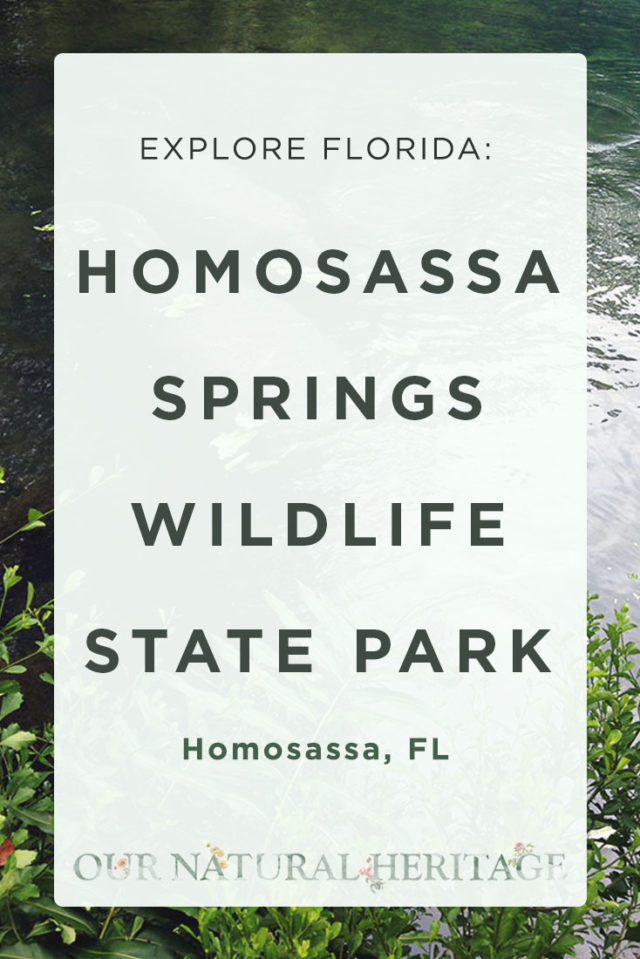 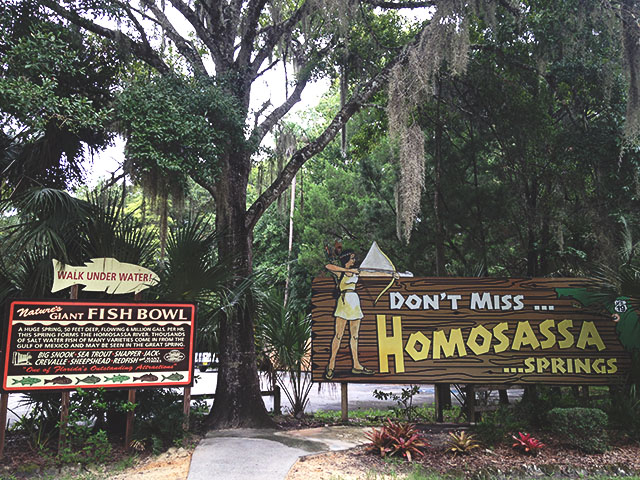 On the way back to our rental after the manatee tour, we drove by the visitors center for the Homosassa Springs Wildlife State Park. We had been up since 4:30 am so we stopped intending only to learn more about the park for a future visit. But as I said before, the charming park volunteers, many who were retirees convinced us to pay the fee and check it out – and it was one of my favorite stops on our vacation. We decided to take the tram to the park’s official entrance, but you could also take a river boat cruise. The long winding road looked like something out of Jurassic Park, with large ferns and palms and Spanish moss dripping from tall trees that seemed to arch over us. 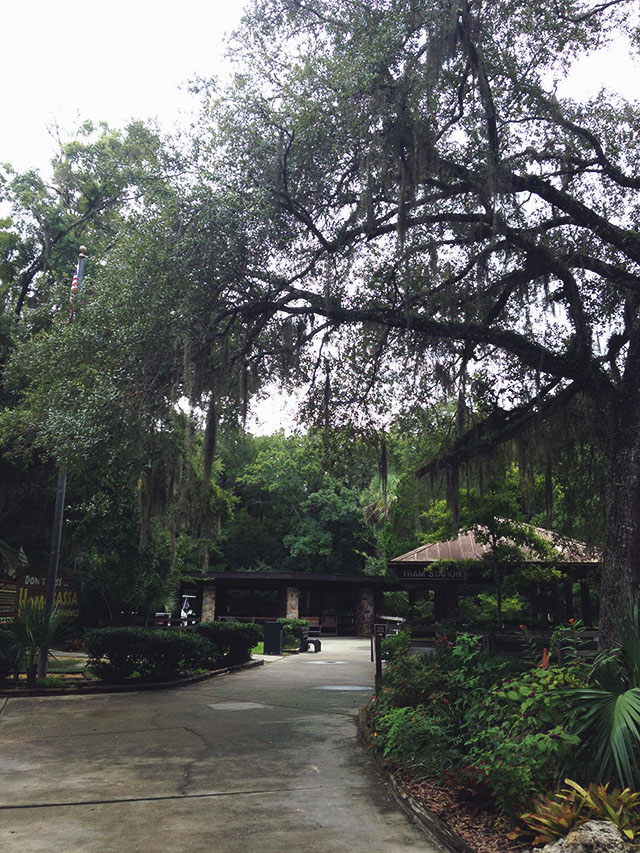 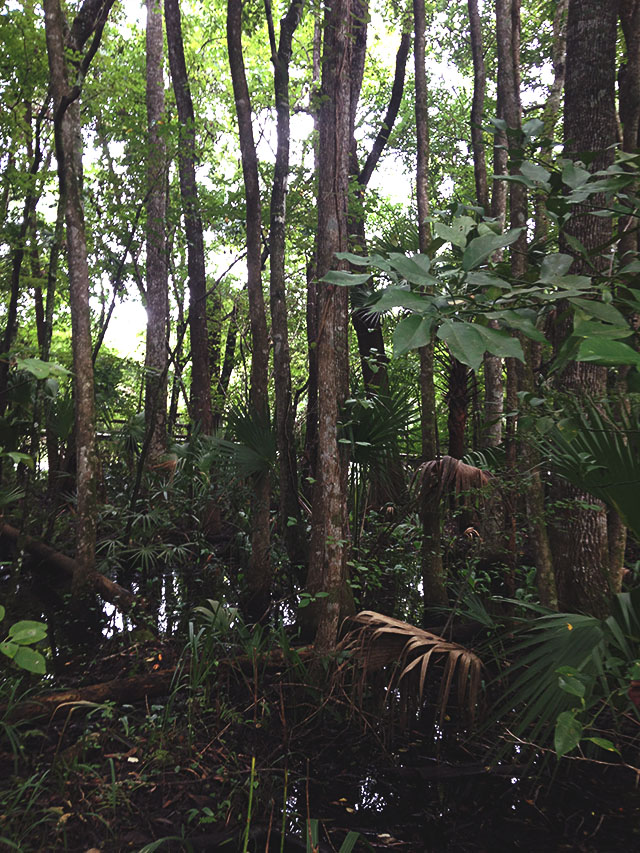 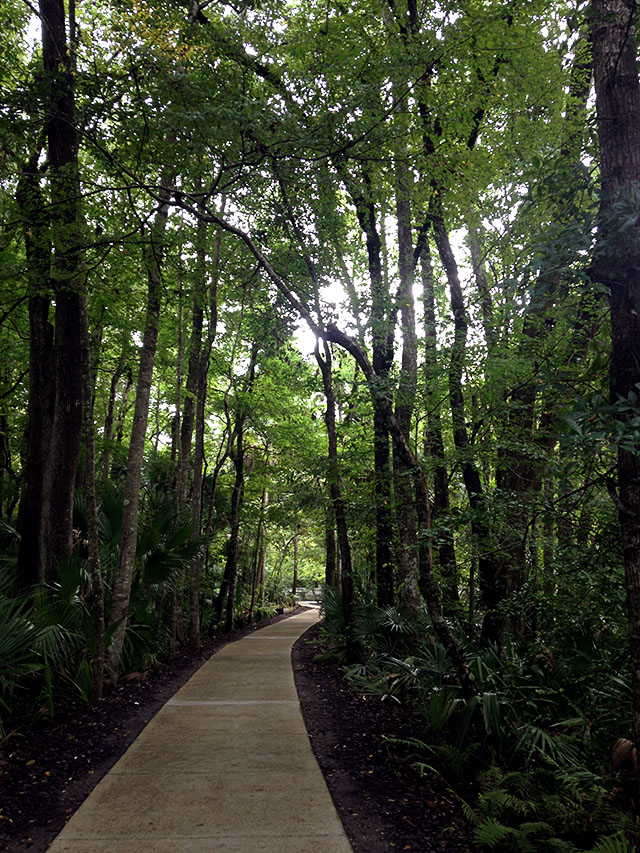 Homosassa Springs has been a tourist destination since the early 1900s, when the “Mullet Train” would stop in that area to load seafood before heading north again. While the cargo was loaded, passengers were allowed to explore the spring. In the 1960s, the land was purchased by a development company who billed it as a wildlife park featuring exotic and native animals. Ivan Thors animal actors were housed at the park between their performances for television shows and movies until the late 70s. When the State of Florida purchased the property to turn it into a state park, they decided to focus on native Florida wildlife. But Lu the hippopotamus (and aging former animal actor) was allowed to stay after being declared an honorary Florida citizen.  Every year, he is thrown a birthday party that is attended by local residents and school children. 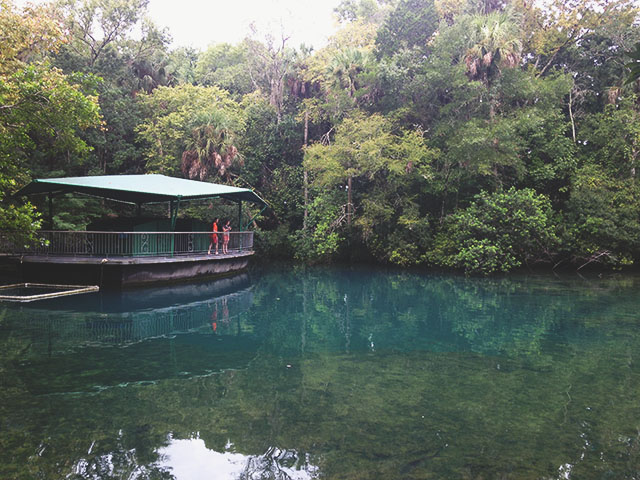 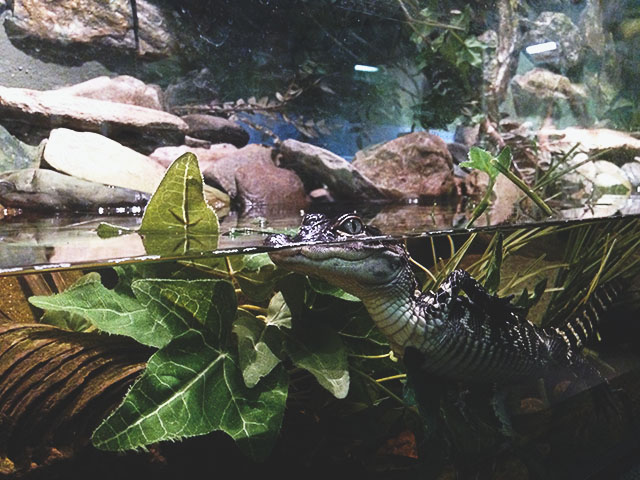 The weather threatened rain and we had arrived just after the park opened, so we had most of it to ourselves. We saw a huge diversity in native Florida birds – burrowing owls, roseate spoonbills, and pelicans. There were vultures flying free around park like rowdy teenagers. We saw them literally poke a sleeping bear. 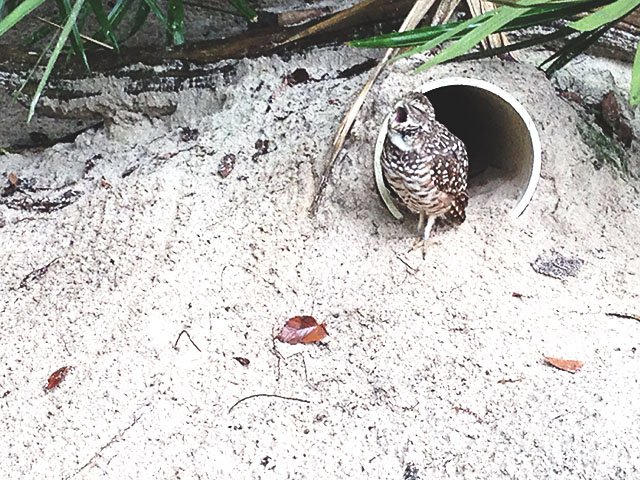 One of my favorite spots was the aviary. You walk through a door to an outdoor enclosure protected by netting, and come face to face with an awesome diversity of birds, large and small who are just inches away from you!

I just loved how wild everything felt. We were watching a bird on the shores of the alligator enclosure (from outside the pen of course) and all of sudden Jeff startled and the bird flew away. It turns out an alligator had been silently gliding towards us and the bird. I wonder if we didn’t make noise if the bird would’ve been lunch? Not that that’s something I would want to see, but it was pretty exciting. 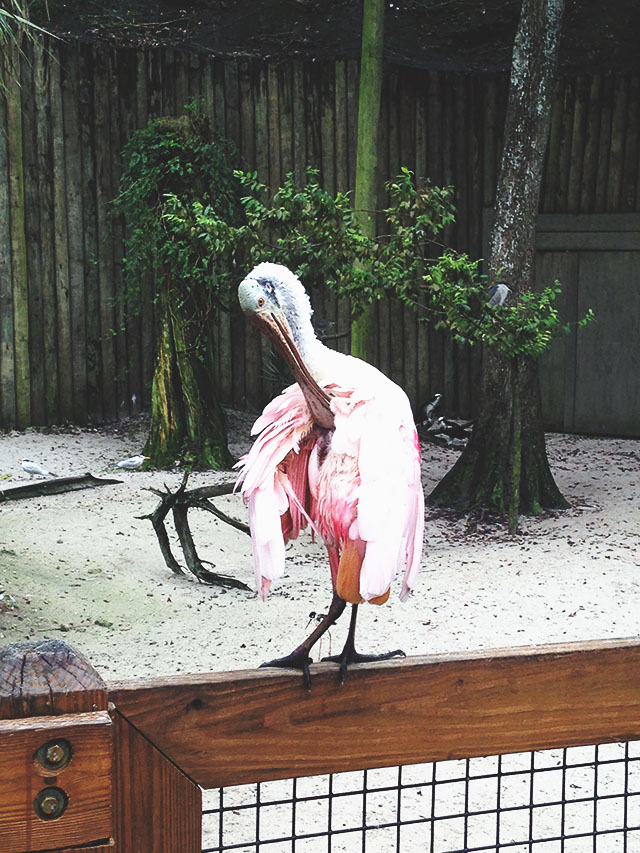 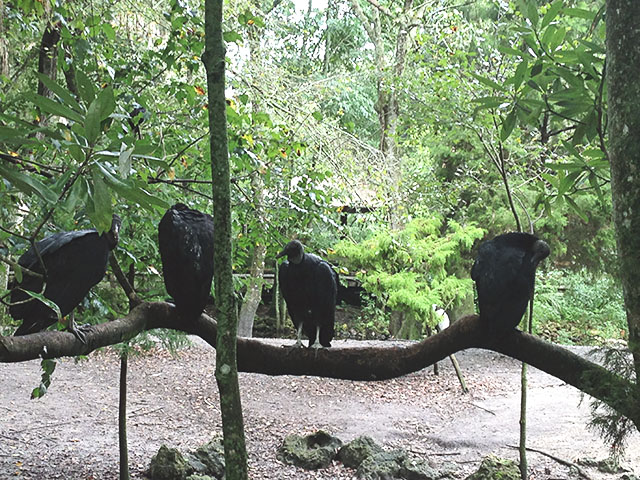 And of course one the main attractions of the area, and one I could never tire of –  the manatees. Homosassa Springs Wildlife Park has several captive manatees who were injured by boats and can’t be released back into the wild. In the winter, the park sequesters their residents and opens the spring up to wild manatees who need access to the warmer water to survive. We were so surprised to learn that manatees have no blubber (which is why they are so sensitive to cooler water temperatures) and that they get that large eating only plants! 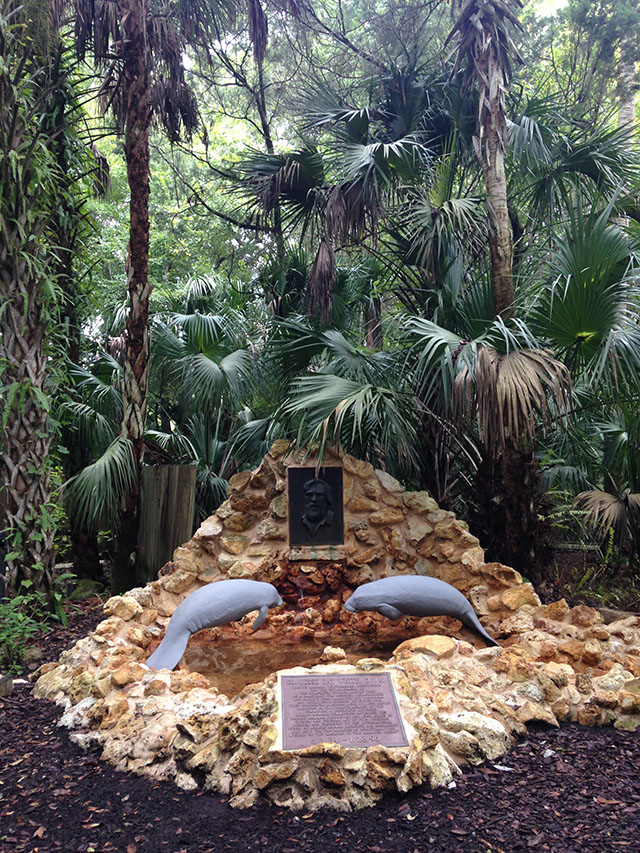 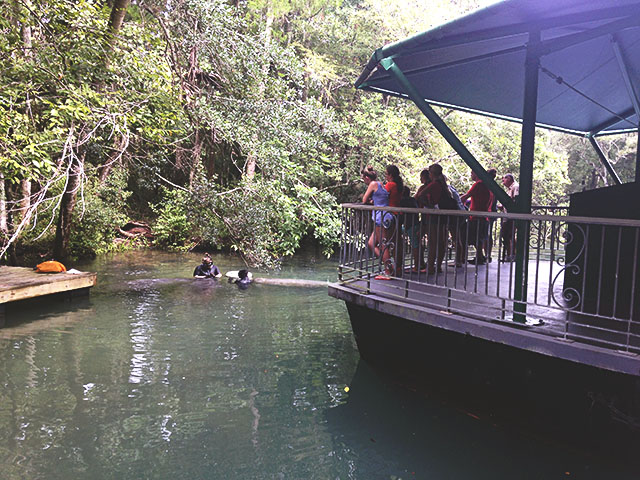 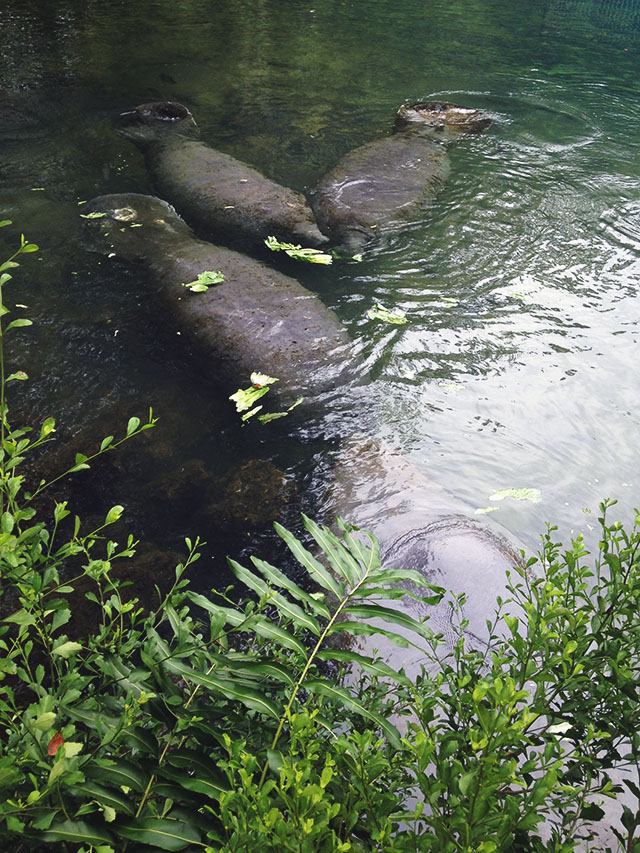 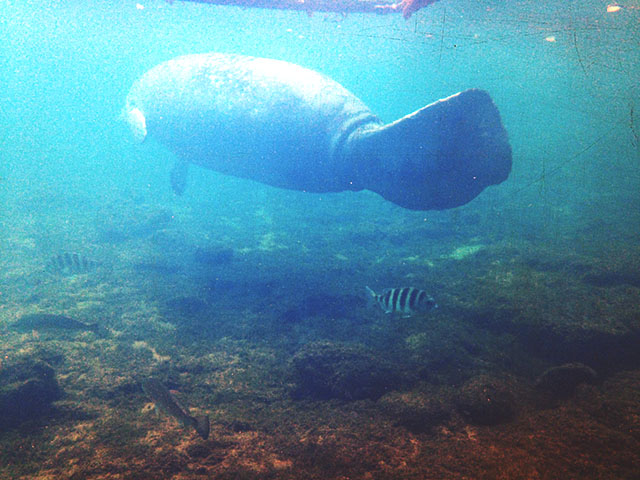 If you are on the Nature Coast, I hope you’ll consider visiting Homosassa Springs Wildlife Park –  it was completely wild and wonderful! Your visit helps support outreach education and protection of native Florida wildlife, and also preserves another quirky and unique historic Florida attraction.